A  Village at the Centre of a City

The Soho Society was set up in the 1970s to represent local residents and businesses, successfully fighting controversial plans to redevelop the area at the time. The Society also took over the running of the village fete, a local festival of music, food & fun that started out as Soho Fair in the 1950s.

On 7th July this year, in collaboration with The Soho Society, I set up a free portrait booth at Soho Village Fete to create a representation of this slice of “village life” at the very heart of London. A single 5"x4" Polaroid photograph was made at each sitting, and each person was invited to write a personal message describing Soho. This is a selection of pictures and messages from the day. Online publication available to browse via Issuu. 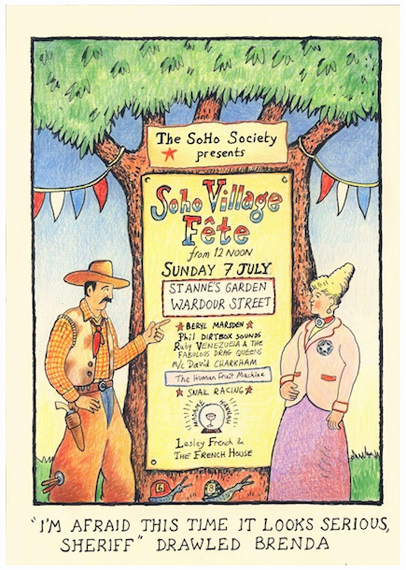